When I started working with study abroad education in Jordan, we used to joke that we received two kinds of students. The first had never been to the Middle East before and often complained about the traffic, the taxi drivers, and the people in the streets. The second had been to Cairo and were amazed to be in taxis with actual meters.

Of course, this second group of students not only experienced a more extreme urban life in Cairo than the quieter environs of Amman, but they also had the opportunity to delve into the depths of Egyptian culture and its influence on the modern Arab world.

Cairo is a great city for those of us who like to explore and to learn from our explorations. For me, given my research on political theater, this ranged from nights spent in the theater to learning the turns of Old Cairo to sipping tea with actors and discussing their work and their futures. 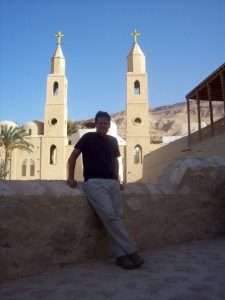 Little did we know in spring 2009 what a different city and country a couple of years would bring.  At that time, when I travelled with another Fulbrighter and my roommate to Minya, people merely asked, “Why Minya?” When we told them it was to watch a play called Hecho en México at a Jesuit center, they responded with confusion. No one thought the center would ever be set afire.

In 2011, I found myself in Kurdish Iraq. One does not typically expect the roads of one’s life to stretch from South Texas to Northern Iraq, but my time in Egypt and my experience tutoring English at St. Andrew’s Refugee Shelter in Cairo had opened an opportunity to teach English, writing, and literature at a new university in Kurdistan. On the night of February 2, 2011, after having read horrified messages from my friends in Cairo, I remember riding in our university’s bus, watching the lights of Erbil pass us by, as the bus driver watched me, finally saying, “I think you are back in Egypt.” Again, Cairo had become both near and far, essential to where I was, but a place different from what I had known.

It’s strange to think of Egypt these days. On one hand, it was my entry to the Middle East, a place where I learned and grew. And sitting in Jordan, a country with nearly 800,000 Egyptians, it also seems so near. At the same time, the world of 2008-9 also seems like a lifetime ago, a time when regimes passed from fathers to sons, when students traveled to Egypt and not to Amman.

But travel to Amman I did, originally for a theater festival to supplement my research in Cairo, later to work with the Critical Language Scholarship program while completing my Ph.D., then to study Arabic, and, finally, to teach Arabic literature, film, and Jordanian politics with the Center for International Educational Exchange Study Center in Amman and research methods for Earlham College’s study abroad program.

While my research these days focuses on national identity in Jordanian film, media, and music, I am always reminded of how rooted in Egypt my knowledge of Arabic and Arab culture remains. It is there when I discuss the origins of Arabic film with my students, with reference to early-twentieth-century drama and cinema in Cairo. It is there when I reference Mohamed Hassanein Heikal’s books. And it is there every time I debate a Jordanian over whether we should say “Naguib” or “Najib” when discussing the works of Naguib Mahfouz. 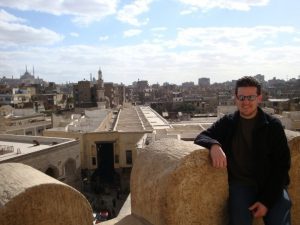 This summer finds me packing my bags again, as I prepare to return to the United States after three years in Amman in order to take a position as an Assistant Professor in the Department of English at Valparaiso University, a position earned in large part based on my writing about and experiences in the Arab world. These experiences, of course, are always tied back to my time as a Fulbrighter in Cairo.

These days, we don’t get as many students who have walked the streets of downtown Cairo. I find myself having to work a little harder to explain what koshari or the Mogamma  are and why Um Kulthum and Wust al-Balad  matter, all the while realizing that the pre-2011 Cairo and Damascus I remember must sound to them like tales of driving from Amman to Baghdad in the eighties sound to me. It’s unfortunate, because, despite the stories of irate taxi drivers, those of us who passed through Egypt were lucky, as there was always a new street to wander down, a new adventure to be had, and another layer of knowledge to uncover, and I’ll always be grateful for having had the opportunity to explore all of those during my time with Fulbright. 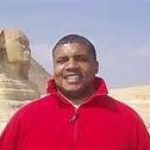 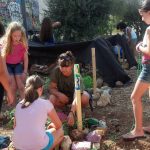