2004-2005 U.S. Fulbright Scholar, Cairo University, Giza, Egypt
In spring of 2005, I was honored to be a Fulbright Scholar to Egypt. While a Fulbrighter, I taught the American Juvenile Justice System to several classes at Cairo University. My desire to be a Fulbrighter stemmed from the terrorist attacks of September 11th, 2001. The events of that horrific day affected me personally, as I was raised in Washington, D.C., had family in New York City and was attending graduate school in Western Pennsylvania. On that day, almost three thousand people were brutally killed, including my high school friend, U.S. Army Captain Cliff Patterson. A military officer at the time, I saw a feeling of distrust, anger and demonism portrayed on those who follow Islam, by many Americans, after the attacks on September 11th. Through media and personal encounters, there was a feeling among many Americans that those who followed Islam were inhuman and unworthy of compassion and understanding. The social distance between Americans and those following Islam was wide-spread and appeared to be without means of resolve.

Sociologist Emory Bogardus developed the “social distance scale,” in the 1920’s, which has been used extensively to measure attitudes among racial groups. Bogardus’ research found that, as contact and familiarity increase, social distance decreases. Put another way, as we spend more time around people of or from a different race, ethnicity, religion, age, geographic location, or sexual orientation, the stereotypes and damaging preconceived notions we hold about them decrease or are often eliminated. Thus, when social distance is reduced, the characteristics of the person, rather than the image of the group, become most dominant. We learn to appreciate the similarities rather than the differences. I hypothesized Borgardus’ research could be applied to the state of Americans and those who follow Islam, post-9/11. Hence, my desire to be a Fulbrighter in an Islamic country post-9/11.

I was educated while immersed in Egyptian culture, Islam and fellowship with the people of the Middle East. I learned and constantly saw reconfirmation that the hate displayed on 9/11 was isolated and far from being the sentiment of the majority. I took this message back to the United States while teaching courses in Homeland Security, publishing books and articles, as well as leading over 80 students on five separate study abroad excursions to Egypt. With every opportunity, I used my Fulbright experience to reduce the social distance through mutual understanding gained from writings and most importantly, interaction.  Over the years, I observed the social distance shrink between Americans and followers of Islam, to support Bogardus’ research. Although there is still much work to be done to further reduce the social distance between Americans and those who follow Islam, my focus changed to another subject of consternation between people.

Everette Penn, I co-founded the Teen And Police Service

In the United States, research clearly indicates that African American and Latino teens demonstrate the least trust and respect for law enforcement. These feelings develop out of negative (involuntary and voluntary) police contacts. Additionally, when these contacts occur, they are shared with family and friends, often to lighten the burden because regular channels of regress are thought to be blocked or inaccessible. These shared experiences create a domino effect of anguish and anger towards the police, often existing in and expanding out to the entire group. Consequently, others within the group who may not have had any contact with the police, assume vicarious experiences that become their own. As a result, what is created is an overwhelming hostility and distrust for the police, generally found in minority groups of the United States (African Americans, Latinos, Asians and Native Americans) with teens, especially males having the most distain for law enforcement.

Thus, in 2011, I co-founded the Teen And Police Service (TAPS) Academy in conjunction with the Houston Police Department, the United States Department of Justice and the University of Houston- Clear Lake. Through the eleven week curriculum, teens (often charged with very serious offenses) are mentored by police officers. Pre-test to post-test findings indicate significant change by the teens upon completion of the program:

Respect for the Police increased 38%

Feeling Close to the Police increased 44%

Belief that the police will treat me fairly increased 51%

Desire to get along with the police increased 30%

Belief that the police will respect me increased 59%

Belief that the police will treat all people fairly increased 64%.

Additionally, law enforcement involved in the TAPS Academy program has increased their knowledge and understanding of teens and minorities. Further research and program development by me and my TAPS Academy will work to reduce crime through the application of social bond theory. Today, almost a dozen cities in the United States and the Caribbean are applying the TAPS methods of reducing the social distance between law enforcement and teens.  Currently, plans are underway to develop the Center for Youth and Policing at the University of Houston-Clear Lake.  This international destination will serve as the home for the study of youth and police interaction, so that the best practices can be found and implemented around the world, to improve relations and increase public safety.

It has been almost 10 years since my Fulbright grant to Egypt in 2005. The fundamental Fulbright principles of reducing social distance and creating mutual understanding are still at the core of my work. Since my return, I’ve served on the Fulbright Association Board for two terms, chaired the Diversity Task Force and founded the Houston-South East Texas Fulbright Alumni Association. I often mentor prospective Fulbright applicants and remain an Ambassador for improved relations between Americans and citizens of the Islamic World. More information about TAPS Academy can be found at www.tapsacademy.org. 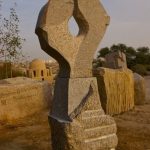 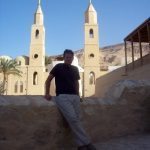