“there is no life in still-waters, any challenge gives living a purpose” so far this has always been a motto in my life, starting when I saw my mother loving the English language yet unable to speak it, so I decided that would teach myself English as I have grown a deep passion for the English poetry and with a dream to be BBC broadcasting journalist, I simply decide to challenge every obstacle in my life.

When I was just a 13 years old I started teaching myself English and I have developed a new method in doing so “using the frequencies on the radio” as I would turn the lights off and listen for hours to the BBC Radio 4 Drama and touch the speakers with my finger –tips, I managed to master the language by applying this method along with my passion for writing English poetry.

This passion has led my writings to reach the semi-final stage at the International Library in London. I never believed that something is impossible once you have set a target. I graduated from the faculty of commerce at the top of my class, regardless of pursing a degree about which I was not passionate about. Later on I joined the faculty of media and mass communication, and graduated with a grade (A) at the top of my class again. Since then, I have been working as a teaching assistant and never turned down a challenge. I passed my Pre-master year and finished my thesis. Another high-point of my life, was two years ago when I had a car accident and was severely injured, yet worked relentlessly on my master thesis to finish it on time.

Throughout, the past preceding to Master in Communication and few years before that, I took up a challenge where I handled the launching of an online publication supported by the EU, that started with a launching and opening session in Morocco, followed by a study visit in Dublin-Ireland where I spent a valuable time addressing and engaging with an open discussion with the Dublin Institute of Technology.

In the mid of 2016, was the turning point and biggest challenge of my life “so far” for a girl from a middle class family to spend almost a year in the US as part of the Fulbright Scholarship, such a challenge represented everything for me (a message of understanding to convey), (an opportunity to help serve my country) and a starting point for my future; as I am a firm believer in (you cannot help others, unless you help yourself first) so on my way to the US, I did not just packed my bags, I also packed my will, my dreams and my need to succeed with being fully aware that is just a step to help my country, my people and most of all convey a message of understanding in all aspects to the other side of the Atlantic. 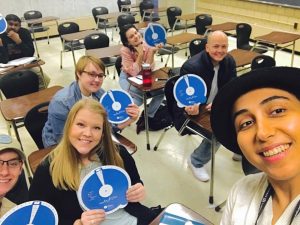 Upon arrival on Camps, at the University of Louisville, I put my mission and tasks first and developed means and methods not just to teach the Arabic as a language but to help the American students love understand the Language, following my deep believe that there is a logic behind every language and there is a logic behind the Arabic language. If you separate the language from its nature as a mere language, you would understand it and thereby, find it easier to learn it. Henceforward, it is worth noting that throughout my teaching Arabic in particular, I have to follow a new method about learning the language by using logic which has proven to be successful in teaching my students at the University of Louisville the Arabic language.

Another approach, I applied by using my journalistic background and my master degree in communication to serve the goal of the Fulbright; by starting a blog where each and every student of my class was becoming a journalist covering and writing articles about the middles east and the Arabic culture (https://goarabicweb.wordpress.com) an idea that is continuing to flourish till this day. I also developed a syllabus for the next Fulbright grantee in the department where we can merge between the language, the culture and the communication which involves both Arabic Drama, Broadcasting services and Arabic Journalism.

The second and most prominent challenge was the death of my Father “whose dream has always been to study in the US”, and whose death happened throughout my scholarship as due to political changes, I was not able to attend his funeral.. That challenge pushed my need to succeed even further and I eventually also, received a (A) in each course in the graduate school of communication and Anthropology, as well as giving presentations about Egypt’s modern history  that helped everyone to appreciate the everyday Egyptian (us) not just the pharos and the 7000 years of civilization, which every American found “really interesting”.

Upon arriving in Egypt, I invested my time trying to apply everything I learnt in the US to help the students at Misr University for Science and Technology, that I was recently appointed the Executive Director for the online publication project that I started with EU, years prior to my departure for the US. 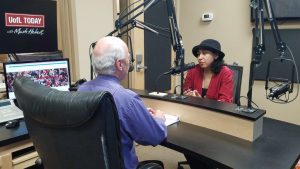 Finally, It is my pleasure to say that I did not just fulfilled my task at the university of Louisville in Kentucky, but I also succeeded in leaving a recognizable mark as a Fulbright ambassador from Egypt … thank you Fulbright for helping serve others both in the US and here in my country … EGYPT.

To sum it I would recall few words by Robert Frost from  (The Road Not Taken) “Two roads diverged in a wood and I, I took the one less traveled by, And that has made all the difference”.. 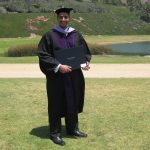 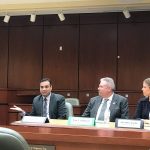