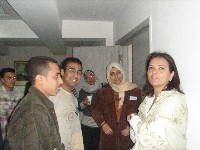 On March 13-15 the Binational Fulbright Commission in Egypt conducted a pre-departure orientation for Egyptians selected for the PLUS program. The orientation included “Preparing to go,” “International Travel,” “Visas,” “American Values and Realties,” “Culture Shock,” “An American Library,” “Lunch in an American Cafeteria,” “Writing a Research Paper,” and “U.S. Campus Life.” Assisting in the orientation were Fulbrighters (Vanessa Allen-Brown, Nancy Dahdouh, Leonard Wood, and Batool Khatab); Vice-Consul Alistair Baskey from the U.S. Embassy; and Alyson Armstrong, Nicole Brown, and Tim Sullivan of the American University in Cairo. Stuart Jones, Deputy Chief of Mission at the U.S. Embassy, also spoke.

Under the PLUS program, Egyptian students earn academic degrees in the U.S., and return to make a difference in Egypt. Egypt’s PLUS grantees are undergraduate students from disadvantaged communities who have demonstrated potential as social leaders. 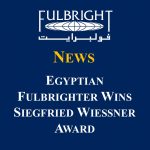 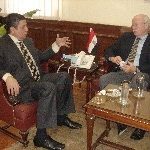