Egypt’s Fulbright Commission Reaches Out on Behalf of PLUS Program 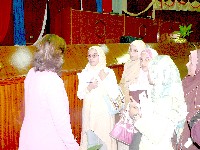 The Binational Fulbright Commission in Egypt (BFCE) has begun its initial year of partnership with the PLUS program by reaching out aggressively to PLUS’s target population:  Egyptian undergraduate students from disadvantaged communities who, nevertheless, have demonstrated potential as social leaders.  From late September through October 3, BFCE personnel convened briefing sessions in six universities located in the Delta and Upper Egypt, two of the nation’s poorest regions.  More than 1,900 students heard BFCE describe the PLUS program as an opportunity to earn an academic degree in the United States, and to return to – and make a difference in – Egypt.

While visiting campuses on behalf of PLUS, BFCE also seized opportunities to establish the program’s credibility among university administrators.  Thanks to its aggressive outreach campaign, BFCE anticipates nominating 30 to 50 qualified applicants to the 2006-2007 program. 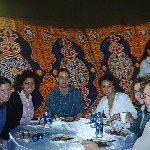